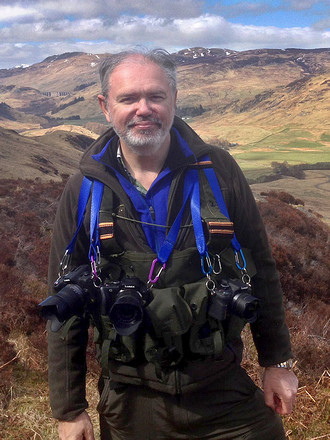 About My Photography The photographs on this website are the result of a creative journey made over the past 20 years. I have never received any formal training either as an artist or a photographer. My photographs seek to reveal the simple beauty and sensuality of the nude figure, mostly within the context of landscapes from various parts of the world, where I have had the privilege to travel.. The art of the nude has often been ill served by photography and I hope in some some way to re-dress the balance. My photographs are the result of a variety of influences and experiences. As a young man in the armed forces I constantly found myself being confronted with ‘page three’ and Playboy type images on locker doors and crew room notice boards. I remember looking at them and thinking – these women are beautiful, but there must be a better way to portray them than this’. Some 20 years later my partner who was doing an art course casually remarked that she would be doing some black and white photography. I was seized by the idea of taking B&W photographs. I pulled an old camera out of the cupboard and purchased a second hand darkroom kit for £35. The kit came with a small booklet entitled ‘How to Develop and Print Black and White Photographs’ I read the book in an evening and was on my way. I started photographing nudes quite early on, and my friends grew used to being volunteered as models. Most of my subjects are female, but you will find a few male nudes on my site as well. As a man I naturally find the female figure more interesting, but I am also keen to work with men as well. Around the time I started my photography I also began to discover the wonders of Naturism. My summer holidays were spent with my wife and son on nudist beaches in the south of France. Lying on the beach, seeing all of the wonderful naked people, I began to imagine them gracing the Scottish landscape. We belong to the earth, and the earth belongs to us. We come from the earth, and ultimately our bodies return to it. No less so in Scotland than in France. The liberation that I felt in France had to be expressed in Scotland. Although my aim overall is to capture and explain the beauty of the female form in a non sexual way, this does not mean that my work is devoid of sensuality or sexuality.  We are made to be sexual beings and I also endeavour to express the power of our sexuality in a wholesome and natural way. Neither hiding it, nor morbidly focusing on it. So there are no rules about what can be shown or not shown in my images. Rather that whatever is shown is captured in a way that explains an overriding message: we are glorious, beautiful, powerful, and vulnerable. Mortal gods, made from flesh and bone, powered by the cosmos. The product of an amazing creative process, and we in turn carry on that process, which is our destiny. The images on this website are a combination of many skills and areas of expertise. Not only the skill of the photographer and the models who pour out their creative talent with every pose. But all the thousands of engineers and designers who make possible the fabulous technological miracle of the modern digital camera, and the car, plane or yacht, that got me and the subject to the location!

Our bodies are God’s beautiful creation. Therefore how can they ever be considered as obscene or pornographic objects? We are the children of God and inhabit his universe, ‘and no less than the trees and the stars, we have a right to be here’.’ Jim Furness Your comments about my photographs are always welcome ! If you are interested in technical stuff:- My early work was shot on medium format equipment. I started with a Mamiya C330, and Rolleiflex 6 x 6 square format TLRs. My favourite travel camera for many years was a Zeiss Ikon folding camera with a Nettar lens. Loaded with a roll of HP5 black and white film I would keep the camera in my pocket, set at F11 and a shutter speed of 1/150th of a second. The focus would be set to cover from 12 feet to infinity. In normal daylight this would usually result in a usable exposure. Most of my shots on naturist beaches were taken using my Zeiss in this ‘point and click’ mode. After that I graduated to using and Mamiya 7 and Pentax 67, with a Fuji Ga 645Zi for travel work. I also changed from working exclusively with Ilford HP5 to XP2. Most of my darkroom prints are on Ilford MGIV fibre paper. I learnt my darkroom art by trial and error, often printing the same negative over and over until I was satisfied with the result. A few years ago, after much resistance, I made the change to digital and am now a total convert ! The advantages of the vast creative possibilities it unleashes far outweighs the one minor disadvantage of problems with highlight detail. With a little effort this can be avoided by shooting in RAW and bracketing if the light is really difficult. I have discovered that all of the techniques perfected in the darkroom transfer easily to Photoshop. Of course Photoshop does need to be used with care and restraint, avoiding the temptation to over process images. Apart from occasionally removing a telegraph pole I do not doctor my images at all, but dodge, burn, alter contrast etc. as in the darkroom, but with much more accuracy and repeatability. I have used Nikon DSLR's for a number of years ( D70, D200 and latterly D7000 ). In the last few years  I have been moved to the Panasonic and Olympus 4:3 format cameras, which due to their small size allow me to carry three cameras on a shoot. This enables me to capture a wide angle, zoom and infrared shot of any composition without having to change lenses. This is very important if a model is attempting a difficult pose which is not easily repeated. My early studio shots were lit with a single 500 watt tungsten bulb, with a little white muslin over the lamp to soften the light. A few years ago I was dragged into the 21st century and acquired a studio flash setup, comprising of two Elinchrom D-Lite2 flash units with soft boxes which produces a very nice, controllable soft light. When working outdoors I use whatever light is available. You can book a model, but not good weather. Many of my Scottish images have been shot in dull overcast conditions, ( even in mist and rain ) and I have had to work hard in the darkroom/Photoshop to produce a punchy print. Many of my photo’s are of images I have carried in my imagination for months or years before making them reality. Others are the result of a spontaneous idea or the elusive moment when light, scenery and the fleeting expression of the subject come together. I always work one to one with my models and encourage them to bring their own interpretation to my ideas. Some of my best shots have happened when the model has said ‘how about this’, others only after I have set up the pose and context in every detail.